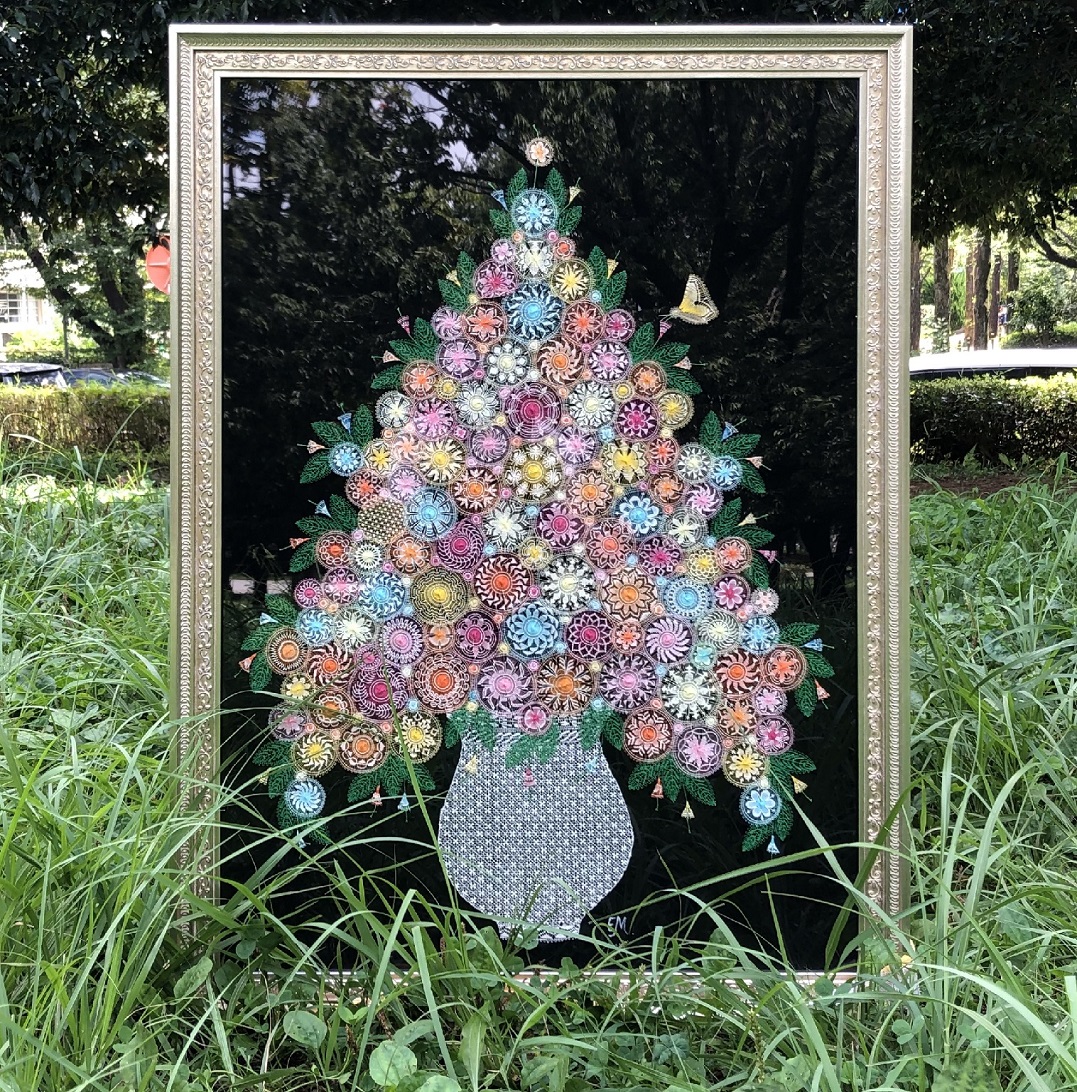 Mie Elena Iwatani was born in Paraguay as the second generation of Japanese Paraguayan. She is an instructor at the National Institute of Traditional Crafts in Paraguay –IPA (Instituto Paraguayo de Artesania) Building the school “Academia Mie Elena, she holds her classes mainly around the capital area, and also teaches other educators. Not only does she carry her workshop, but she also goes to organizes workshops, joins embassy events, presents at elementary and junior high international school classrooms, attends events at festivals at the Paraguay International Festival, and also at JATA World Travel Expo.

In 2015, she published the very first instructional manual book, “El nanduti del Paraguay.” In 2018, “Accessory of el nanduti.” She hopes her home country’s nanduti heritage will be known throughout the world through her work.

The word “el nanduti” comes from the local language of Gurani which means “spiderweb”. During the 16th century when lace was brought from Spain and combined with its culture, they made their original way of lace knitting. There are now more than 350 different kinds of motifs and most of them are mainly the designed based on many unique things and also by items closely related to the nature and life of Paraguay. The characteristics of Paraguay are bright and delicate gradation, which represents the color of rainbow with lace. El nanduti is mainly used in folk costumes and upholstery, but recently it is also being used for dresses and handbags. Most of the craft workers are female, however, recently the problem is that they are aging and it is difficult to recruit young people. Starting from Japan, the Paraguayan Tourism Agency is working hard to let the world know about how appealing this el nanduti is.