Cut or not, Cat and dog 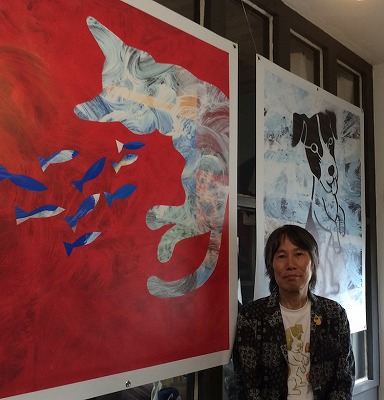 Born in Tokyo in 1951. Graduated from Rikkyo University. While producing illustrations and object art under the name “Picaro Taro,” working as an art director and live performer and traveling between the city and nature, expanded into various styles no matter what shape or space. Continues to release works of art, including drawings and installations. Member of Tokyo Illustrators Society.

◆ An an Series (worked Banana Yoshimoto, Makiko Uchidate and others for one year each)

1990 Solo exhibition “Picaro goes to the West.” at HB Gallery

Additional: many solo and group exhibitions